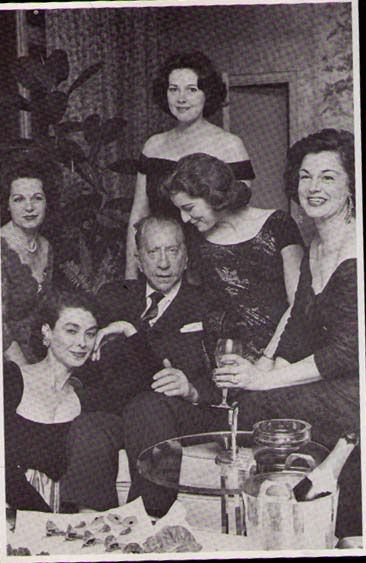 From the back cover of The Great Getty by Robert Lenzner

J Paul Getty loved women–lots of them—and rugs, carpets, and tapestries. Who, you ask, is J. Paul Getty and why should we care that he loved rugs carpets and tapestries? Well, when I was a boy in Texas in the 50s and 60s, the name J. Paul Getty was the biggest name in oil–and art! Decades before Bill Gates and Mark Zuckerberg, J Paul Getty was considered the richest man in America by Fortune Magazine. And unlike the two recent  billionaires mentioned, Getty made his money in oil, not software.

Also unlike Gates and Zuckerberg, J. Paul Getty was no philanthropist. He didn’t waste money even on his own family. One grandson was kidnapped by Italian bandits who demanded $17 million in ransom. Getty refused to pay anything until they sent him the boy’s bloody ear and a lock of hair to show they were serious.

No, rather than waste money on people, Getty spent his money on purchasing great works of art, among which were some of the finest rugs carpets and tapestries on earth. Paraphrasing William Faulkner, he might have felt that the Ardabil Carpet he presented as a gift to the LA Museum of Art  was “worth any number of little old ladies.”  Ladies as you might have gathered by the first image, were his weakness.  Getty married at least five times–once he had two wives at the same time. He always traveled with an entourage of attractive women; the more the better because he said he didn’t have to look after them… Huh?

Find Plenty More On J.Paul Getty at The Kindle Store

As you might imagine he made a few enemies and they claimed that it wasn’t really the objects of art he valued, but rather it was the good PR he got from purchasing and displaying them. Well, maybe. It is true he never purchased an item that he didn’t think was being sold at a bargain price.  Much of what he purchased was presented to the museum that bears his name before his death, furnishing him with a tax deduction. Still, he spent a great deal of his very valuable time enjoying his purchases as this bit from Robert Lenzner’s excellent biography of his life, The Great Getty, indicates:

He seemed to be more enthusiastic about beautiful carpets than any other art form. Gillian Wilson, his decorative arts curator, remembers him ‘down on his hands and knees inspecting an oriental carpet at Sutton Place, crawling and describing the knots and dyes to me. He was obviously fascinated by it, loved it, and wanted to show and talk about it. I call that a passion.’

Whatever J.Paul Getty’s proclivities, he left the J.Paul Getty Museum he founded in Malibu in 1954 the wealthiest museum in the world and its collection of rugs, carpets and tapestries is among the most extensive. Besides the Ardabil Carpet and other Oriental carpets the museum also boasts the best collection of French Textiles to be found anywhere. A 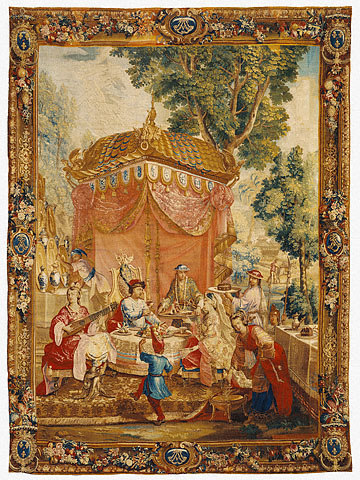 Tapestry: The Collation from The Story of the Emperor of China Series

few images will follow but for those of you with a bit of money to spend the museum has published its own wonderful book on the subject of French textiles. French Tapestries & Textiles in the J. Paul Getty Museum. Amazon has it new for $80 and used as low as $20. (I’m getting a used one!) Of course you can find it online  at Google Books also, but the images are not up to the hardback copy. 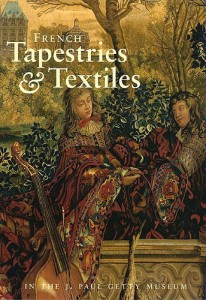 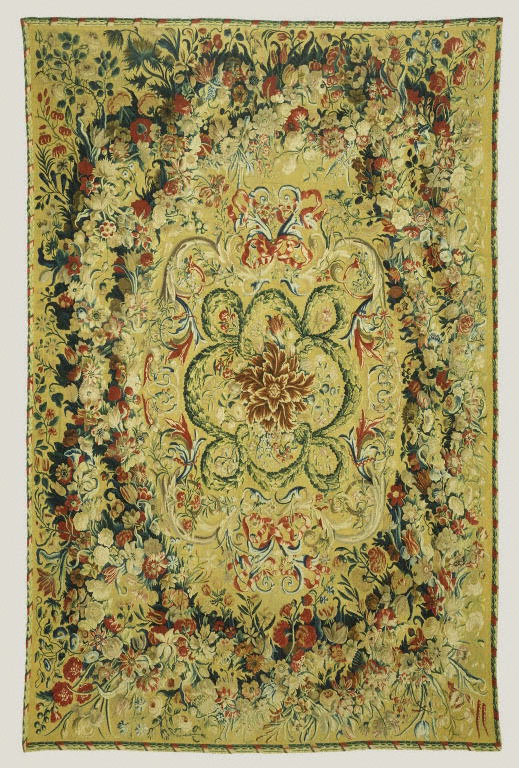