Spell the city and its carpets with an “a” or an “e;” makes no difference as both are commonly used and are nothing more than the Romanized version of the Persian and Azari, “اردبیل.”  Googling either spelling renders pretty much the same search page.

According to the Wikipedia article on the city the name Ardabil (اردبیل) comes from the Zoroastrian name of “Artawila,” which means a holy place.  As you can see in the map to your right, Arabil lies near the 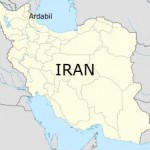 Find More On Iran and Iranian Rugs at The Kindle Store

Poor Ardabil! The Mongols killed its entire population in the 13th Century, it was sacked 14 times by the Ottoman Turks and 3 times by the Russians, the last time in 1916. Makes you  wonder when its artisans ever had time to weave rugs.  But weave they did and they wove some glorious rugs! Note the lovely example below. Also, please realize that although the rug below is Ardabil in styling, it is not one of the justly famous Ardabil Rugs as we will explain more fully in the next post The Two Most Famous Ardabil Carpets

All About Iran From From Cyrus to Ahmadinejad on Amazon 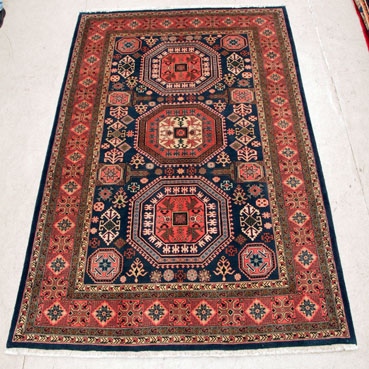 Disappointment In The Victoria and Albert Museum