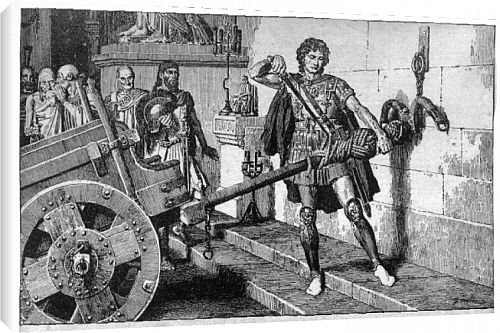 A famous example of ‘Thinking Outside the Box’

In 333 while pursuing the remaining army of Persian Emperor Darius III, Alexander the Great of Macedon stopped long enough in the ancient city of Gordium in what is now western Turkey to cut the Gordian Knot of King Gordias of Phrygia that an oracle had once declared would only be untied by the man who would rule both the East and the West. 2000 years later the region around the ancient city, now called Ghiordes, became famous as the home of the most beautiful prayer rugs in the world.

Ghiordes or Gordes,Gurdiz,Gierdiz,or Yordi (the list of possible spellings goes on) lies fifty miles northeast of the coastal city of Smyrna. Was there really a Gordian knot? Did Alexander the Great actually cut it with his sword? We will never know for certain. But we do know for sure that Alexander the Great became king of East and West and that the area around the ancient city did produce the wonderful Ghiordes (geeordez) prayer rugs in the 18th Century of the Modern Era. Further proof, if any were needed, that history is woven into carpets. In fact, the very name of the knot used to fashion Turkish rugs is known as the Ghiordes Knot.  The thick luxurious piles of knotted rugs and carpets, as you might remember, are made from a mass of knots. In the image below are examples of the two types of knots used in creating an oriental rug. Note the Ghiordes knot on your left. 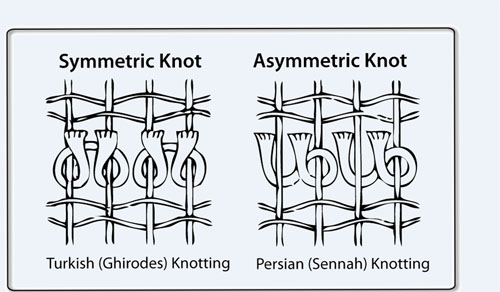 As you can see, Ghiordes Prayer Rugs are truly beautiful. Here are a few images. For a detailed description of these rugs showing what makes them different, go to this later post. 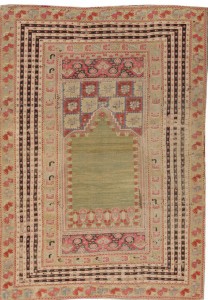 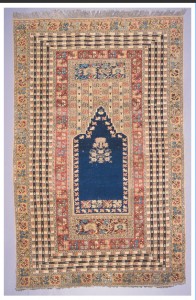 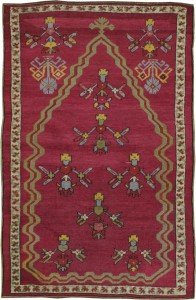