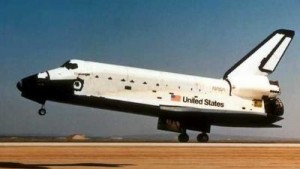 This Shuttle Flys But It Is The SPACE SHUTTLE!

Kindle Books On The Space Shuttle 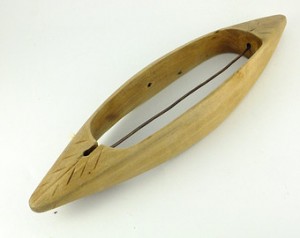 The flying shuttle doesn’t look like much; it appears more like a tiny, toy kayak rather than the civilization-altering gadget it really is. Patented by John Kay in 1733, it turned the then cottage-industry of textiles into the dominant industry of the Industrial Revolution in England. By allowing the weaver to thread the weft across the entire loom with one quick flick of the wrist instead of slowly and laboriously drawing it through each succeeding warp, the flying shuttle increased exponentially the production of textiles such as rugs carpets and tapestries and required an equally exponential increase in the amount of yarn manufactured for weaving.

Yarn and Thread On Amazon

Increased yarn production in turn demanded more spinning wheels than the existing workforce of isolated spinners could provide and encouraged the development of machines like the spinning jenny capable of doing the work of many individual spinning wheels. As more and more wheels were yoked to this effort, the sheer power needed to turn them demanded greater sources of power than provided by human labor–the Industrial Revolution was underway! Without which, the picture of the space shuttle would appear to us just as fanciful as the bus with wings!

Apparently the flying shuttle was also dangerous at times as it would “fly” off the loom and maim nearby workers.