If you ask Google to define the word BERBER you get the following: 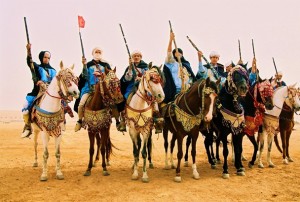 Noun
1:a member of an indigenous people of North Africa.
2: the Afro-Asiatic language of the Berbers.

Adjective
1:relating to the Berber people or their language 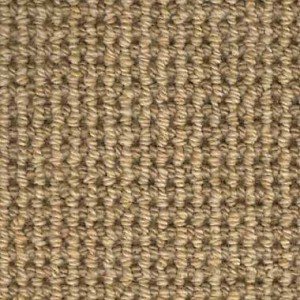 Of course this blog is about rugs, carpets and tapestries, but I find I can’t avoid looking more deeply into their historical and cultural background as I wander through this bewildering and bemusing world.  “Berber,” for example, was a word I’d heard before both in reference to the ancient indigenous North African tribe and the modern carpet type. It never occurred to me that the tribe and the carpet were related in anything but name.

The name “Berber” comes from the ancient Roman habit of calling anyone that wasn’t  Roman a “Barbarian” because they made a babbling sound (bar-bar-bar) when they tried to speak Latin  (no doubt they would feel the same way about us today if we tried to speak Latin). The fierce Berber tribesmen of North Africa were among those people called Barbarians and the only ones to carry a derivative of the name into the modern world. During the Punic War these mounted tribesmen served as mercenaries for both Rome and Carthage under the leadership of the Numidian Kings and were instrumental in Hannibal Barca’s defeat by the Roman General Scipio at the battle of Zama. 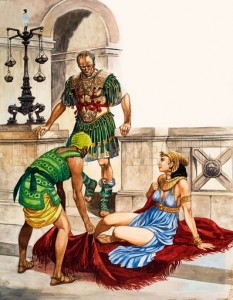 Rolled up in a Carpet, Cleopatra surprises Caesar

What part Berber carpets may have played in that defeat is a matter of speculation; but what is known is that a hundred and fifty years later the young Queen of Egypt, Cleopatra, showed up in  Caesar’s Alexandria headquarters wrapped in a carpet almost certainly made in North Africa. Was it a handmade Berber Carpet?  It could have been!

Kindle Books On Caesar and Cleopatra

Frankly the carpet under Cleopatra in this picture doesn’t look much like what I think a Berber carpet of the time would have looked like.  Berber carpets during that period would have been made in tribal areas rather that city workshops and would have possibly displayed traditional tribal motifs instead of one apparently solid color. But since there are no Berber carpets extent from that time period I decided to make use of my artistic license and go with it.