No, I did not inhale…

The author of this blog admits to being an old, uptight, uncool dude that has never smoked marijuana. Unlike Slick Willie, I don’t even pretend to have tried the stuff, much less failed to inhale. And that is just as well; I had a hell of a time coming off cigarettes and if Marijuana is even half as wonderful as its fervent adherents claim…well…

More about the Clintons at the Kindle Store

What I do find compelling about Marijuana is the industry of interesting and often beautiful products that its cult-like following  has inspired.

I’m not referring to the cultivation and growth of the so-called “beautiful weed” itself. While I am more than 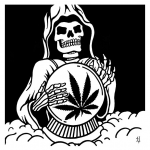 No, not that bad!

willing to see marijuana used for medical purposes under a doctor’s supervision, the notion that inhaling it is no worse than alcohol or cigarettes isn’t much of a recommendation to an old guy who’s seen what can happen with the abuse of those two. Also, I remain convinced that its effect on the adolescent brain is less than favorable–and yes,I believe the same about the effects of alcohol.

Books, books and more books on Marijuana at the Kindle Store 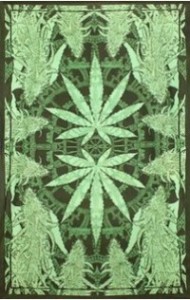 Thanks to the Tippy Store
at tippystore.com

No, the beautiful products I am referring to are those creations of artists and craftsmen (and craftswomen, certainly) that are available to cover our bodies, our walls, our floors, our pets and anything else you can think of to cover. I wasn’t aware of this until I started this blog on rugs, carpets and tapestries and discovered the beautiful work that was being done in the name of marijuana. Call it weed art!

When I was young, everybody wore one of these…even some guys in Vietnam…haven’t seen one in years!

Oh, and by the way, the marijuana leaf is not the only weed that can inspire beautiful, useful things. Read my post on the Nettle and how it helped lose the First World War for the Germans and the Napoleonic Wars for the French

What is the future of the beautiful weed in weed art?  When the image of the marijuana leaf is no longer a counterculture symbol and its possession no longer a crime will it continue to inspire artists or go the way of the ‘60’s Peace Symbol and the tobacco leaf?

Here are a few examples that show the product diversity and beauty in weed art that I’m talking about: 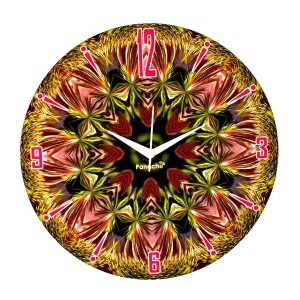 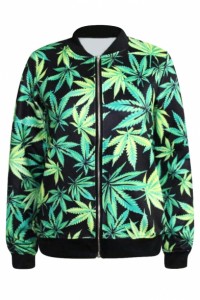 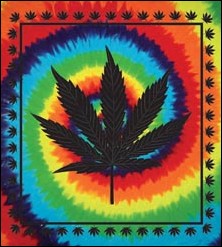